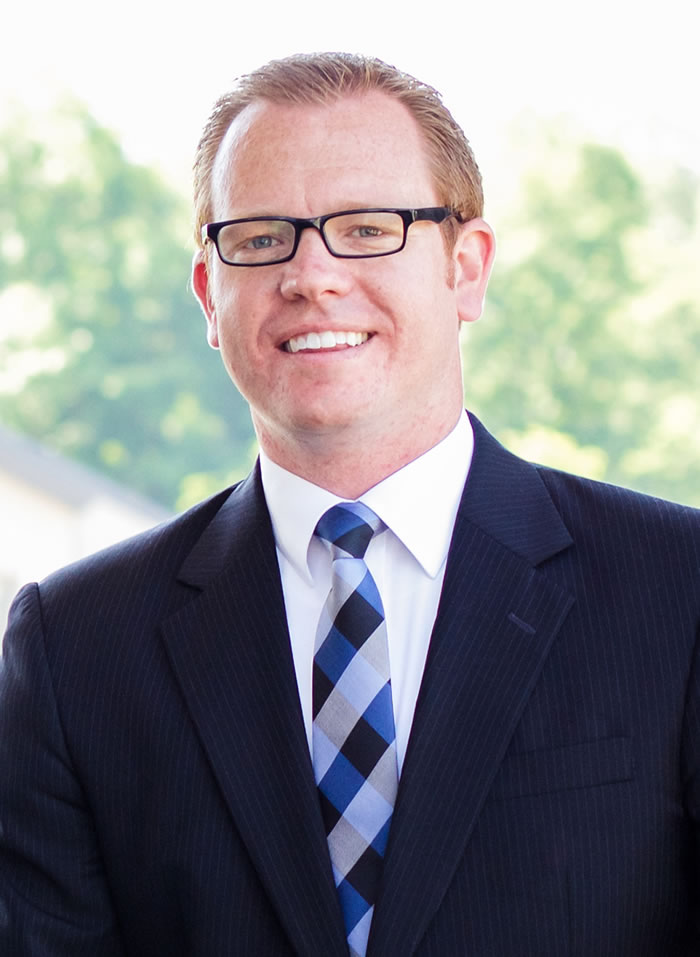 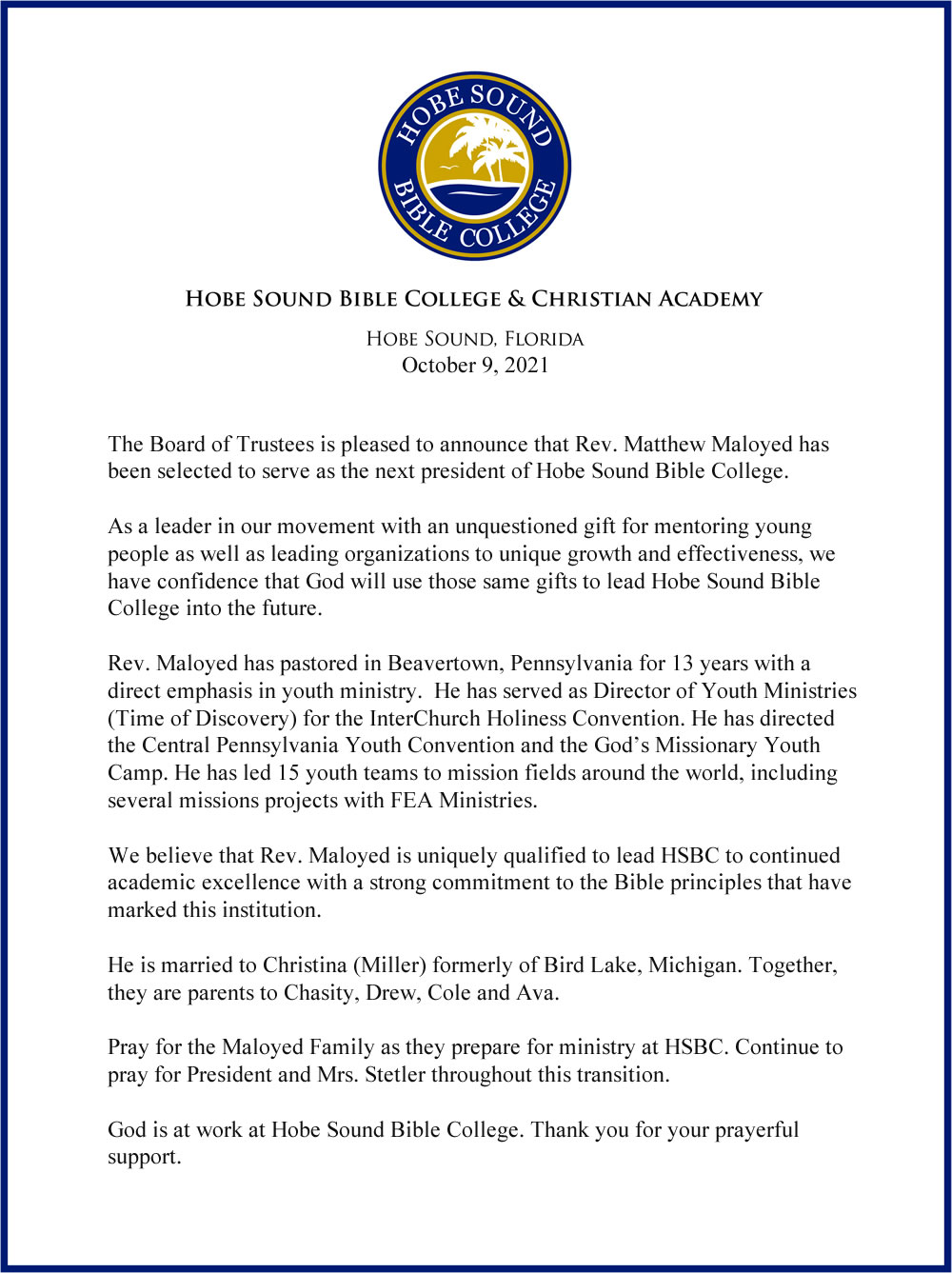 A Legacy of Accomplishment

Hobe Sound Bible College Board of Trustees announced on March 8, 2021, that President Daniel Stetler is retiring at the end of the spring semester of 2022. Dr. Stetler has served the institution since 1995. He stated, “It has truly been my privilege for the last twenty-six years to serve Hobe Sound Bible College and Academy, but I have had a growing sense that the time of my retirement was drawing near.”

Dr. Stetler has led the college and academy with dedication. In addition to administrative duties he has taught ministerial classes and influenced dozens of men and women now serving in churches and other organizations all over the world. Under his tenure the college has continued to receive the highest level of ABHE accreditation. The academy achieved regional accreditation. Hobe Online was created in 2008 and now offers online degrees and a master in special education. On-campus departments have been added in aviation, counseling, and language and linguistics. The academy has added K-3 and K-4 programs.

During Dr. Stetler’s time at the college, infrastructural accomplishments include construction of the Olsen Athletic Complex, complete renovation of the Schmul Center cafeteria, renovation of both resident halls, renovation of the Archie Coons Fine Arts Center, creation of the Addison Student Center, significant technological advancements in classrooms and offices, installation of a campus-wide security video surveillance system, and the purchase debt-free of a late-model Setra 53-seat coach. Dr. Stetler was thrilled to recently announce that all the money has been raised to construct the Crawford Center—a gymnasium for student use.

Dr. Stetler has overseen the significant strengthening of the credentials and years of experience of the Bible and theology faculty. Ministry placement of graduates has increased. Spiritual formation vehicles have been added such as Bible study, prayer and accountability student groups. The donor base has been expanded, and institutional endowments and planned giving increased.

The administrative board expressed its unanimous support of and deep appreciation for Dr. Stetler’s years of selfless, sacrificial, and successful leadership. Board Chairman Paul Kaufman stated, “The Hobe Sound Board remains in complete support of Dr. Stetler through the remainder of his tenure.” The board has formed a search committee to begin the important work of preparing for this upcoming transition.

Dr. Stetler and the board sincerely ask for your prayers for God to give clear leadership in this critical process of preparing Hobe Sound for the next generation of students “Knowing Christ and Making Him Known.”

Academic Accomplishments:
– Upward enrollment trends in all categories following a period of serious decline
– Highest faculty doctoral ratio in the history of the school
– The addition of an Academic Assistance Program to enhance student achievement

Fiscal Accomplishments:
– The elimination of all external debt
– The achievement of financial stability following a period of existential threat
– Extraordinary missional commitment on the part of the faculty and staff, evidenced by a very high rate of longevity

Can't find what you are looking for?